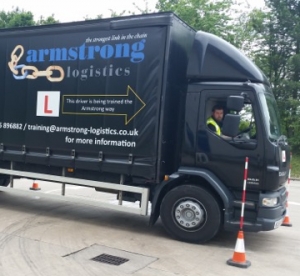 From FLT to LGV

Armstrong Logistics launched its ‘Warehouse to Wheels’ scheme in January 2016 in a bid to encourage its existing warehousing staff to pursue a career as Heavy Goods Vehicle Drivers.

For Armstrong Logistics it is an obvious place to look within our existing team, particularly our warehousing department.
The offer of training and a guaranteed job driving LGV 1 vehicles makes It is a fantastic opportunity to not only progress existing staff’s careers, but to take them in an entirely new direction. This has been an attractive proposition and we have already had many successes.

“This course is a fantastic opportunity to not only progress my career but to take it in an entirely new direction. I hadn’t really considered a career as a driver, but with the support of Armstrong Logistics training scheme I am now a fully qualified LGV 1 driver." 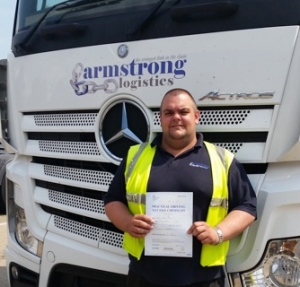 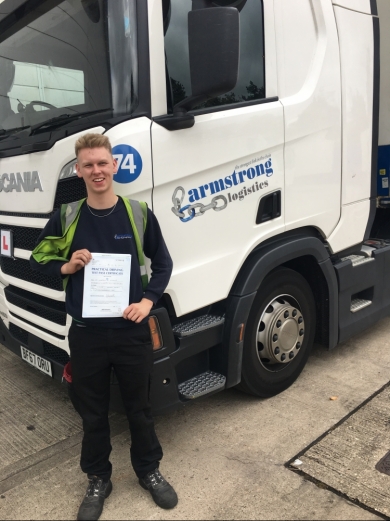 Congratulations to Morgan Wilkes for aquiring his Cat C+E licence... 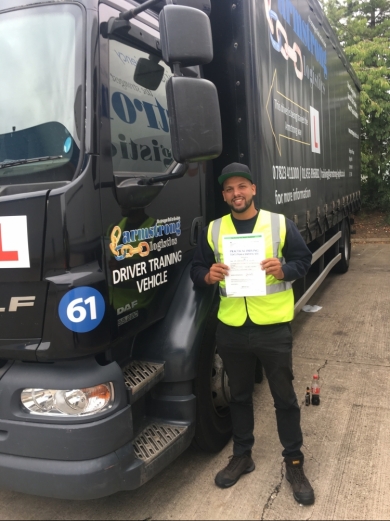 "Here we have Jermaine, passed his MOD4 test on Friday and his Cat C licence on the following Wednesday. Jermaine has taken advantage of our warehouse to wheels scheme and will now be leaving the office to become a driver, a job that he has dreamt of doing for a long time.

A life changing moment for this man." 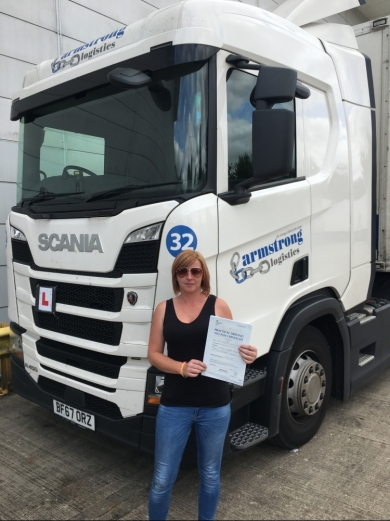 Congratulations to Kayleigh Ingram for passing the class 1 test...

"Kayleigh Ingram, who has been with the company for over five years also wanted to become a driver. Kayleigh has passed both Cat C & C+E licence and starts her new position in two weeks. Well done Kayleigh" 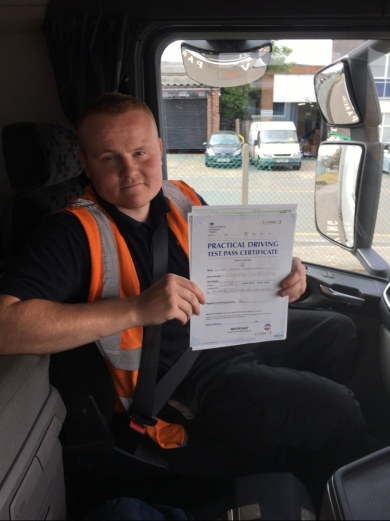 Congratulations to Oliver Saddington for passing the class 1 test...

"Oliver Saddington, took advantage of our Warehouse To wheels scheme and after putting in a great effort, has passed both his Cat C & C+E licence in a period of six months. He starts his new position as a driver next month, well done Ollie." 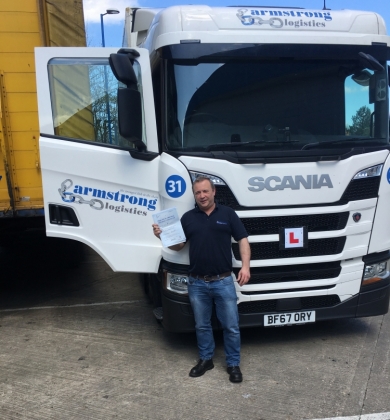 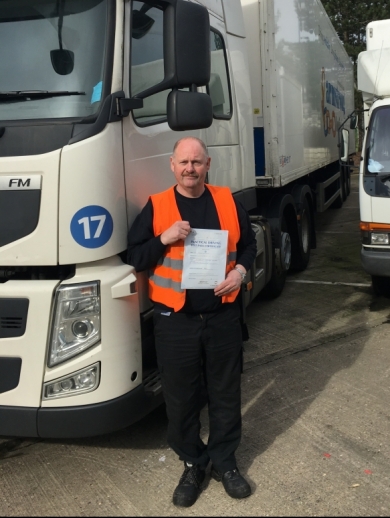 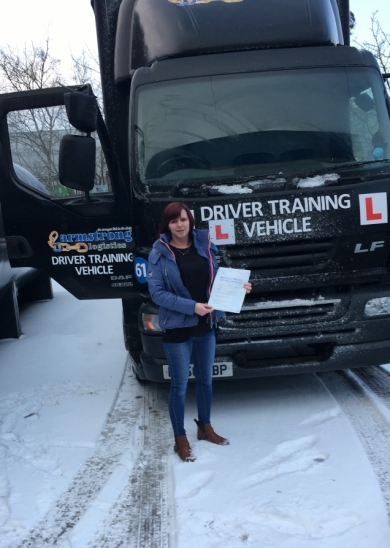 "Kayleigh Ingram has done a great job this week and passed her CPC module 4 on the Monday And then her category C practical test Wednesday, driving in severe weather conditions, well done Kayleigh" 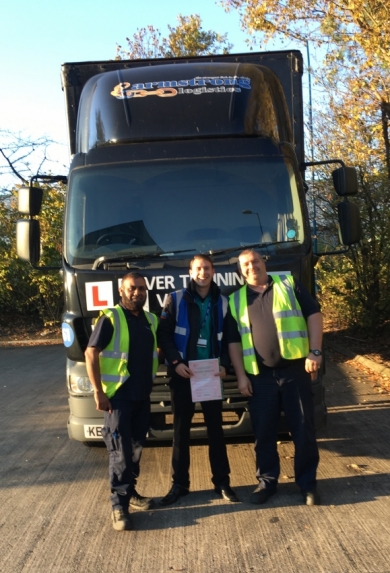 "It’s official Aaron is now a driver, passing his Mod4 CPC today getting 100% clean score. Two of our drivers welcoming him in to the fold, well done Aaron." 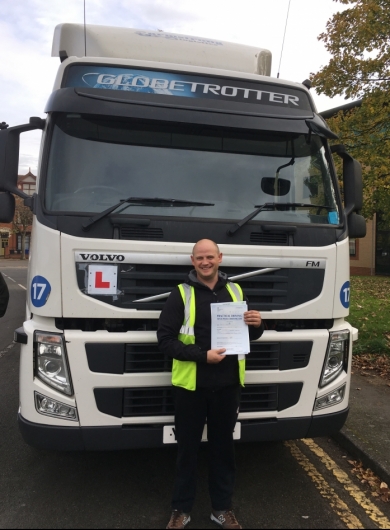 Congratulations to Gaitis, a private customer, for passing the C+E test...

"Here we have Gaitis, who passed his Category C+E with 0 driver errors on the road and 1 driver error on his reversing exercise. Fantastic result well deserved after all the hard work involved" 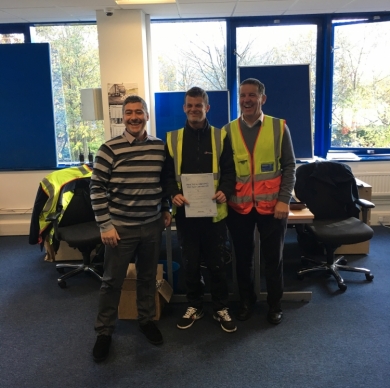 Congratulations to Neil Broomfield for his C+E pass...

"Here is a picture of Neil Broomfield with two transport managers both happy to have another driver. A hard earned, but well deserved Category C+E pass with 3 driver errors for Neil Broomfield today." 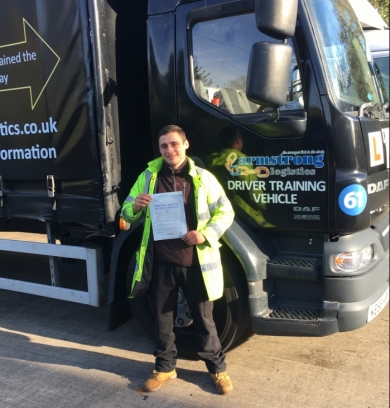 Congratulations to Liam Petronis for passing the HGV Class 2 test... 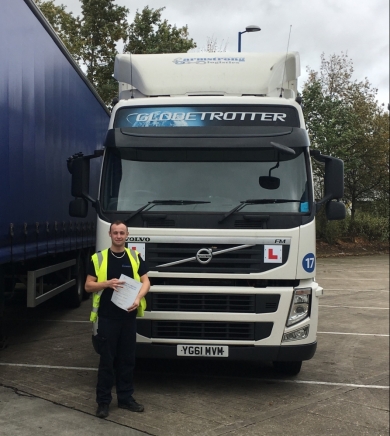 Congratulations to Ash Prime for passing the Class 1 HGV test... 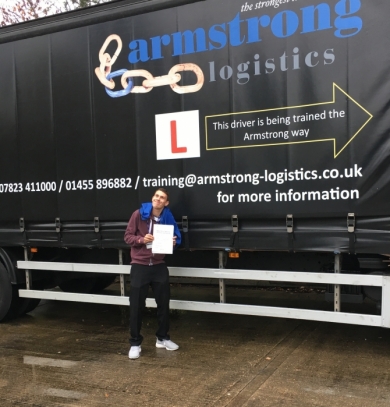 "This is Aaron Moore, passed his CAT C licence in our Doris with just the one driver error, Well done Aaron." 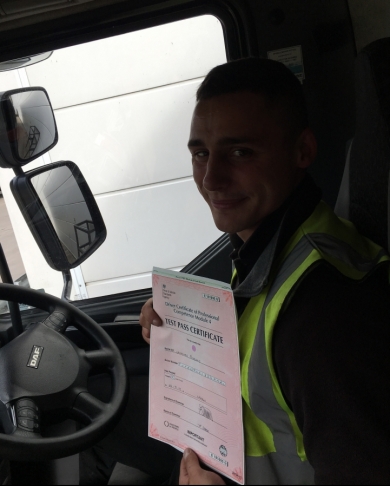 "Liam only went and done it. Passed his Module4 test this week, needs to get his practical test done next, then he's on the road." 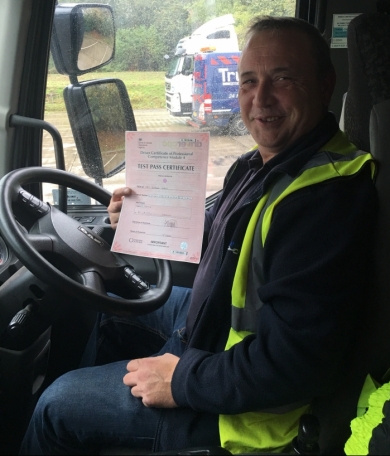 "Here we have Eric proudly holding up his Mod4 Pass Certificate. Just needs to pass his practical C test this week and then he's on the road to get the big one."

"Well done to Morgan who passed his class 2 test today. No longer a trainee driver! Morgan, who has passed his theory hazard perception, module 2 & module 4 all first time passes has added to his tally with a first time pass for class 2. The pressure is off for the time being Morgan but what about the class one? Well done from the Armstrong team.

Now then, no pressure on your buddy, Matt is there? April is not that far away, the 19th I think? The application is on its way to you Matt!" 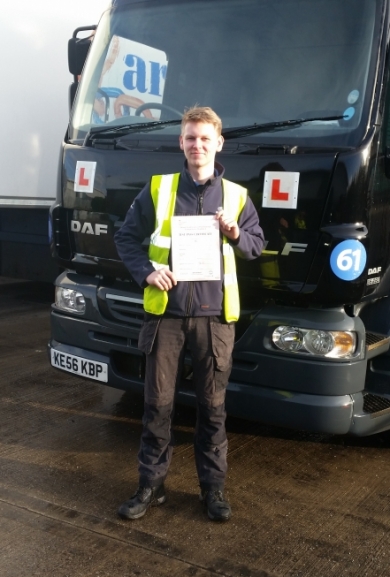 "As part of his training towards a class 2 licence, Morgan has passed his theory hazard perception module 2. Morgan has already passed module 4 on Thursday, both first time passes.

No pressure then Morgan for your test on Monday, best of luck and well done from the Armstrong team." 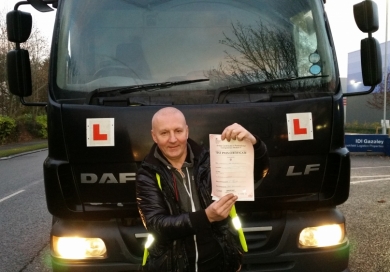 Congratulations to Wojiech Nawrocki on becoming a qualified class 2 driver...

"Well done Wojciech on passing your module 4, you are now a fully qualified class 2 driver. Wojciech worked very hard to achieve his class 2 qualification, English not being his first language. His determination has paid off. Wojciech's next challenge is class 1 training, to start in the new year. All the best for your driving career and always here to help you." 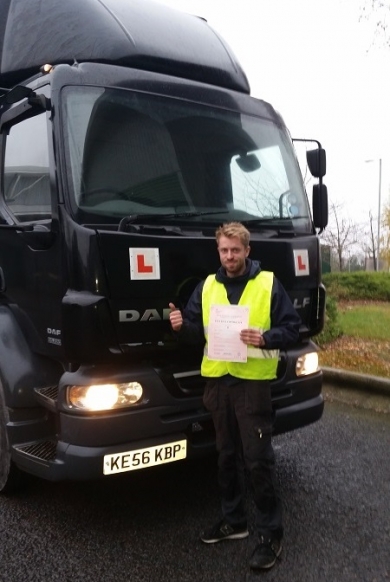 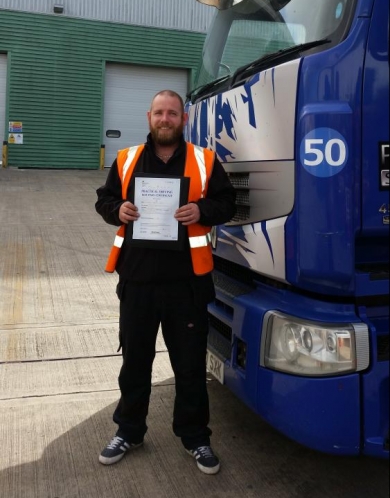 Congratulations to James Healy for passing the LGV Class 1 test

"James did it! He has passed his class 1 with flying colours. So let's have a look how he achieved this. Class 2 pass on the 13th September, then the module 4 test was passed on the 7th October, and finally, class 1 on the 12th October. James was a natural choice for the driver training program, having progressed from the warehouse to transport as a team leader. So what’s next James?" 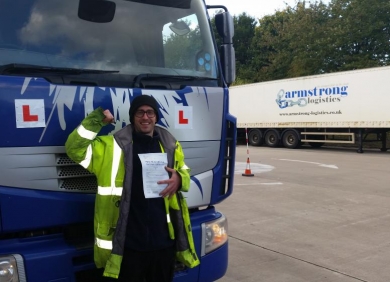 Congratulations to Chris Roswell for passing the LGV class 1 test

"Well done Chris, you have passed your class one. Chris passed his class 1 test at the Weedon test centre on October the 5th with only one driving fault recorded. Chris, who started in our Lutterworth warehouse as a VNA and forklift truck driver has now trained to be professional class 1 driver.

Wishing you many years of safe driving." 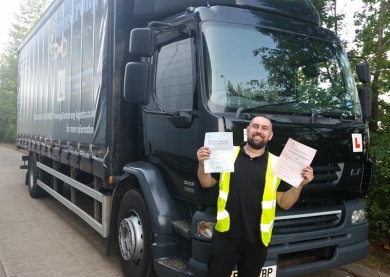 Congratulations to Lee Elliot on passing his LGV 2

"Lee Elliott Joined Armstrong Logistics at the beginning of August and has now qualified as a class 2 driver. Today, Lee has passed both his class 2 driving test and module 4 CPC test, and is ready to join our Pall-Ex driving team. Congratulations and well done Lee, two passes in one day. I know Lee is looking forward to doing his class 1 in the New Year but for now, Lee will get some real driving experience. It was a pleasure to train you." 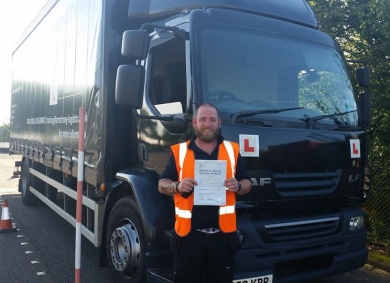 Congratulations to James Healy on passing his LGV 2

"James is very happy! Well, he has passed his LGV Class 2 test today. James, who is based at Armstrong Logistics distribution Centre in Doncaster, has been training at Armstrong distribution & training and Centre here in Magna Park, Lutterworth. James is pictured here at the Weedon LGV test Centre today. James you know what comes next the big one, Class 1. Well done."